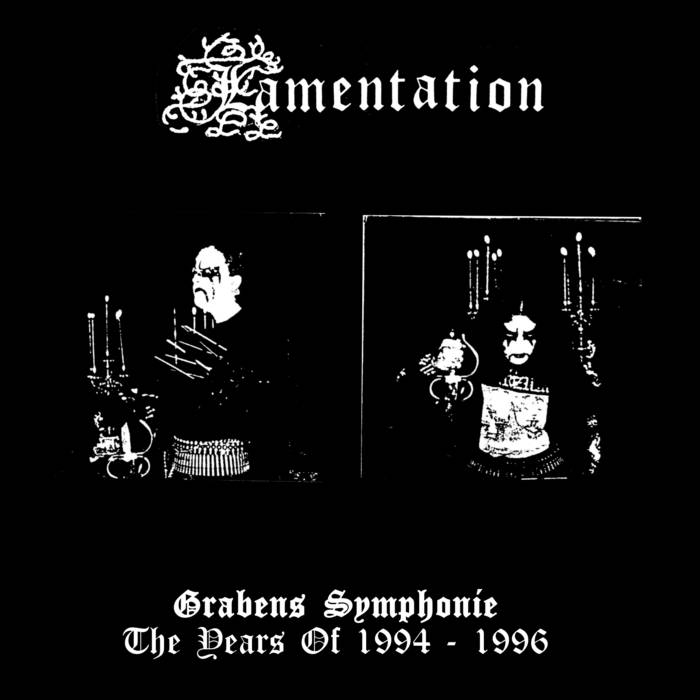 It's time to leave the present behind, forget the significance of time and go back into the glorious past that lay in the fog... Back in the early 90's through the ruins, mist and old myths of ancient glorious Hellas, there were two unknown shadows known as "Count Wrathven" and "Prince Locathah", who hold the flame of wisdom from the dark. From the knowledge of darkness their creations took place under the banner of LAMENTATION, which channeled their spell through a chalice that was a musical ritual of dark ambient and dungeon synth. Between 1994 and 1996 LAMENTATION created three rituals that were available on cassette back in those days: "Eine Symphonie Der Nacht" (1994), "Fullmoon Over Faerhaaven" (1995) and "As ShadowKingdom Comes To My Sight" (1996). Those three releases became very known for people who were into the dark realms of dungeon synth, especially in the underground. Now, more than 20 years later, we are proud to present you a evenly matched and more fully dedicated release:

The deluxe-box which include all three releases on noble black cassette with silver print:

* A huge booklet in DIN-LANG format, including old photos and interviews

INFO ABOUT DIGITAL SALE: TO PURCHASE THE RELEASES AS DIGITAL EDITION, GO TO: lamentation1.bandcamp.com