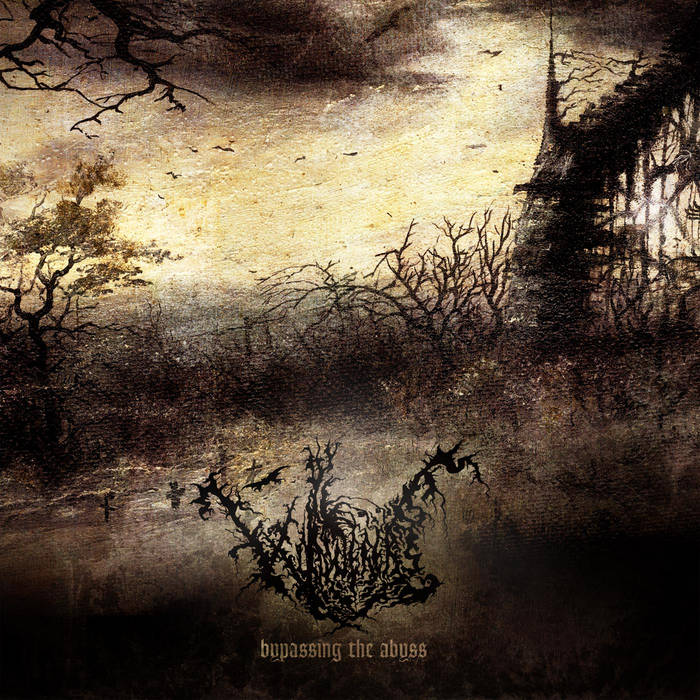 Branko Matijasevic Incredible sound, very fuzzy and rich. Not occult, but pastoral. Slightly reminds me of some Lugubrum albums. A hidden gem!

WANDERER project was created in the summer of 2003 by two participants known as Mysterion and Dragonheart. The basis for their joint creativity was their common ideas and expeditions to the ancient natural monuments which embodied the burden of the bygone centuries, and whose secrets were not always and willingly unveiled at once, but unveiled in any way. During these expeditions the project concept was also discussed. Both participants already had their own bands and sufficient experience in musical activities at the moment of WANDERER’s creation. Therefore, as soon as the image of the project was created, they set to work without delay.

In 2004 the band recorded the first album «Bypassing The Abyss», which was released later by Magik Art (Russia). Composing and recording of the album took 3 months of summer and 2 months of autumn of 2003, the rest of the time was taken looking for a label. Many interesting facts concern the album recording and releasing. The drums were recorded in the apartment on the third floor of a five-storey house to the "joy" of neighbors and residents of the house across the street. The drums furiously roared day by day till the moment when all tracks were recorded. Inhabitants of the house, probably, also sighed with relief when the record session finished, but it was in vain: it was just the beginning.

Mysterion trained his vocal skills in the forest, where he also enjoyed to paint his pictures. When he sang - cut-glass ware danced on the shelves of a pub. Namely in that moment some troubles occurred, and this fact almost affected the fate of the album - unexpected problems with health overtook the vocalist. Heroic libations before the recording stood as an anesthetic agent and allowed overcoming the troubles till the day, when the last track was recorded. Thus, without looking at vicissitudes of life, the album was ready. However, on the way to the label via snail mail, the master-CD was scratched, and was delivered for replication with defects in the form of clicks. Soon after the issue of this album the label collapsed, and the album didn't get any wide distribution and attention.

The album’s main idea and lyrics concern the greatness of the Nature and perfection of the space towering above the human being and his household society, consisting of "obsession with flashy things" and aspirations for material values. The album also concerns the theory of the alternative history, as the project’s both participants are keen on their researches. It should be noted that separate fragments of vocal parts were recoded in the woods and caves of Slavyanogorsk (Ukraine), with use of natural cave reverberation (and natural wood compression).

The album’s re-release through Dunkelheit Produktionen (Germany) essentially wins Magik Art’s release not only owing to the absence of clicks, but also due to the fact that in 2008 the master copy not subject to any mechanical impacts, was carefully re-mastered, and thanks to it the album found brighter and more saturated sounding. The new format of the edition is a digipak with 12-page booklet including Mysterion’s original pictures and art editing of the known Russian designer Al.Ex {Mayhem Project}, so the new edition doesn't come within miles of the original release !